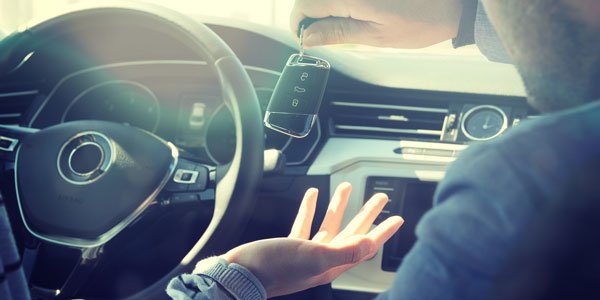 With last year’s car accident statistics beginning to be analyzed, traffic fatality numbers are looking pretty grim. Various estimates place the number of deaths from motor vehicle accidents in the United States in 2017 around 40,000.

Any accidental death is horrible, but what makes these deaths all the more tragic is that so many of them were entirely preventable. Hopefully, these numbers can give us insights into the causes of car accidents that will help us prevent crashes in the future.

In the meantime, if you have been personally affected by a car accident in South Carolina, Jebaily Law Firm can help you fight for the compensation you need.  Contact our car accident lawyers today to get help.

Fatal Car Accidents by the Numbers

With the twists and turns that each individual accident case takes, collecting data on all the accidents in the country for a given year can take quite some time.

Some early preliminary figures for last year came in February from the National Safety Council (NSC), which estimated that over 40,000 people were killed in car accidents in the United States in 2017.

More recently, this May, the National Highway Traffic Safety Administration (NHTSA), an agency of the U.S. Department of Transportation, reported that “in 2017, motor vehicle traffic crashes resulted in an estimated 37,150 fatalities. Comprehensively, crashes are a societal harm that cost the Nation over $800 billion annually in lives lost or injured, as well as lost work productivity and property damage.”

The difference between these two figures is less a disagreement as to how many people died and more a difference in methodology. The NSC counts fatalities that occurred in places off of the main roads, such as parking lots and driveways, while NHTSA does not. But even taking the lower number given by NHTSA, that still means that an average of about 102 people died each day on American roads last year.

More detailed data can take even more time. As of yet, the NSC and NHTSA have not released numbers on the specific causes of accidents in 2017. However, if trends continue from NHTSA’s 2016 numbers, we can expect that some of the major causes of traffic fatalities last year were likely:

Many of these factors are entirely preventable. Hopefully, seeing statistics on the mass tragedy of traffic deaths will inspire some drivers to put down the phone, buckle up, and never get behind the wheel in the first place if they’ve been drinking. However, you can only change your own behavior, and unfortunately, another driver’s negligence can cost you your health or even your life.

These statistics can be terrible enough to see in the abstract, but when the horrors of fatal accidents become a reality for your family, it can seem like a hopeless situation.

If you have lost a loved one in a car accident in South Carolina, the Florence car accident lawyers of Jebaily Law Firm can help you fight the driver who caused your loss for compensation through a wrongful death claim. For more information on how we can help, contact us online today or call now.