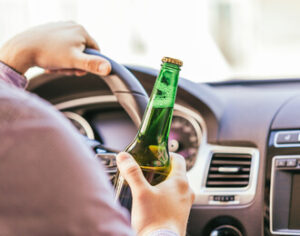 It is well-known that consuming alcohol impairs the ability to drive a motor vehicle. Yet, drunk driving remains a common cause of auto accidents.

The National Highway Traffic Safety Administration (NHTSA) reports that out of the 767 motor vehicle fatalities in South Carolina during one recent year:

If you or a family member has been in a car crash in Florence or elsewhere in South Carolina, it may have been caused by a drunk driver. A car accident lawyer from Jebaily Law Firm can investigate your case and seek just compensation for you. Contact us today to learn more about your rights and options for recovery.

What Are the Drinking and Driving Laws in South Carolina?

If you have been injured or lost a loved one due to a driver’s suspected alcohol use, a critical question will be whether the driver was impaired as a matter of law.

Under South Carolina law, it is illegal to drive a car “while under the influence of alcohol to the extent that the person’s faculties to drive a motor vehicle are materially and appreciably impaired.”

Additionally, if a driver’s BAC is 0.08 or higher, the person “is guilty of the offense of driving with an unlawful alcohol concentration.”

Those convicted of driving drunk in South Carolina may be required to enroll in Alcohol and Drug Safety Action Program classes. Unfortunately, statistics show that these drivers often do not learn from their punishment.

The NHTSA’s most recent data shows that, out of the drivers with a BAC of 0.08 or higher who were involved in fatal crashes during one recent year, 19 percent had a prior DWI conviction. Additionally, 14 percent had previously been involved in a crash, and 24 percent had a suspended or revoked license.

Why is Drunk Driving Negligence?

Drivers should know that alcohol impairs a person’s physical and mental abilities. They should also know that driving under the influence of alcohol while impaired is illegal (especially if they have been previously convicted of the offense).

In personal injury law, a person who fails to live up to their duty of care to other people is deemed to be negligent. Driving drunk, which is universally considered to put others at risk of injury and death, is a prime example of negligence.

In a personal injury lawsuit, the injured party must show that the defendant, such as an allegedly drunk driver, breached a duty of care owed to you (the plaintiff), and that this breach caused your injuries.

A successful drunk driving personal injury claim would demonstrate that:

South Carolina law also adheres to a principle known as “comparative negligence.” This means the relative fault of each party in an accident must be considered when awarding compensation to the plaintiff in a claim.

How Our DUI Accident Lawyers Can Pursue Compensation for You

After any car accident that causes serious injury or death, it is important to determine all of the facts surrounding the crash. This includes learning about the driver’s actions prior to the wreck, such as whether he or she was drinking and impaired at the time of the crash.

The car accident attorneys at Jebaily Law Firm investigates drunk driving accidents on behalf of injured accident victims. We work to establish the extent of the victim’s compensable injuries and losses and to determine who should be held liable (legally responsible.)

We compile evidence in a variety of ways, including:

With all available evidence collected, we can seek just compensation from the at-fault driver and/or others involved in a drinking and driving accident case.

Witnesses in a drunk driving accident case may be able to state that the underage consumer was drinking at a party, picnic, or some other function prior to the crash. These days, it is not unusual for a driver’s cell phone data or various social media sites such as Facebook or Twitter to provide this and/or other valuable information related to a drunk driving accident case.

As part of our investigation, Jebaily Law Firm will seek to hold all parties accountable.

The following are answers to a few Florence South Carolina DUI FAQs that should be used for informational purposes only and are subject to change.

How much do you have to drink for a DUI in South Carolina?

How many drinks does it take to reach the legal limit in South Carolina?

There isn’t one correct answer to this question, there are calculators and tables that can serve as a reference; however, these devices cannot predict with certainty what your exact BAC level will be at a given time. There are many factors that contribute to an individual’s BAC score, including weight, sex, body-fat percentage and the time interval between drinks. Studies have shown that a person’s BAC could go up between .01 and.05 percent for each drink taken. The fact is it takes very little alcohol to become legally drunk and each drink taken is a another step closer to becoming an “impaired” driver. The best answer is not to drink and drive. The State of South Carolina has strict laws for drunk driving, and when you drink and drive in South Carolina, you risk your freedom, finances and your future.

What if you refuse to take a chemical test in South Carolina?

South Carolina’s implied consent law means that any person who drives a motor vehicle on the roadways of the state is considered to have given their consent to a chemical test of their blood, breath or urine if they are detained by law enforcement who believes the driver was driving under the influence of drugs, alcohol or both. If you refuse to submit to such a test, your driver’s license will be immediately suspended for at least 90 days. In addition you can still be charged and convicted of a DUI without a chemical test if the arresting officer convinces the court that you were intoxicated while operating a motor vehicle.

Can you plead to a lesser offense than DUI in South Carolina?

No, a plea bargain for a conviction of “wet reckless” (reckless driving involving alcohol) is barred by statute in South Carolina.

What are the penalties for operating a motor vehicle while under influence of alcohol or drugs?

What is an ignition interlocking device?

The Department of Motor Vehicles must require the person, if he or she is a subsequent offender and a resident of this State, to have installed on any motor vehicle the person drives, an ignition interlock device designed to prevent driving of the motor vehicle if the person has consumed alcoholic beverages. The length of time that an interlock device is required to be affixed to a motor vehicle following the completion of a period of license suspension imposed on the offender is two years for a second offense, three years for a third offense, and the remainder of the offender’s life for a fourth or subsequent offense.

The cost of the interlock device must be borne by the offender. This fee is not to exceed $360 per year for each year the person is required to drive a vehicle with an ignition interlock device. The interlock device must be inspected every 60 days to verify that the device is affixed to the motor vehicle and properly operating. This report will indicate the offender’s alcohol content at each attempt to start the vehicle during each 60-day period. If your alcohol level is too high, the vehicle will not start.

The Jebaily Law Firm can compile the evidence required to pursue a claim that seeks full compensation for your losses after a car accident. We will document the medical expenses, lost wages and pain and suffering you have been through and will face in the future.

The insurance companies involved in your accident will undoubtedly work to minimize their payout to you. We will counter their work with aggressive negotiations based on solid evidence. When necessary, we will go to court to pursue a positive outcome for you and your family.

Contact us today if you have been injured or lost a loved one in an auto accident caused by a suspected drunk driver in Florence or elsewhere in South Carolina. We will thoroughly investigate your accident and injuries and seek the compensation you deserve.