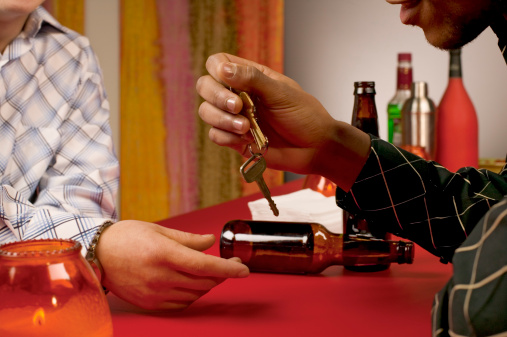 We applaud Patrick McLaughlin, a past president of the S.C. Association of Criminal Defense Lawyers, who recently explained in a newspaper column how South Carolina’s DUI videotape law protects a DUI defendant’s rights to justice and the court’s right to the truth.

In an essay for The State newspaper, McLaughlin notes that “[t]he goal of the videotaping law is not to make convictions easier, but to ensure the preservation of material evidence so that ultimately the truth can be discovered.”

“South Carolina is showing the nation how to properly preserve that evidence and discover truth,” McLaughlin writes.

Among its requirements are that a police officer, trooper, etc., stopping a motorist on suspicion of DUI must begin to record the stop upon the activation of his or her vehicle’s blue lights. The recording must include:

The DUI videotape statute also states that a refusal to take a field sobriety test does not constitute disobeying a police command.

These provisions of state law protect a DUI defendant and, as McLaughlin says, the quest for truth. They protect the arresting officer from unwarranted allegations of improper conduct as well.

The law says further, “The video recordings of the incident (stop and/or arrest) site and of the breath test site are admissible pursuant to the South Carolina Rules of Evidence in a criminal, administrative, or civil proceeding by any party to the action,” and “Nothing in this section may be construed as prohibiting the introduction of other relevant evidence in the trial.”

Police videotapes made during a DUI arrest are not the be-all or end-all of a DUI case. They can work in favor of or against a defendant, according to the facts depicted. And, as McLaughlin says, “Our courts have held consistently that the failure to strictly comply with the video-recording law, absent specific exceptions spelled out in the statute, requires that the DUI charge be dismissed.”

McLaughlin notes that the S.C. videotape law is consistently attacked by groups who would have it weakened in favor of easier convictions. We believe it should stand as is, as it has worked since its adoption in 1969.

At the Jebaily Law Firm, we defend individuals who have been arrested for DUI in South Carolina. Sometimes the videotape helps our clients; sometimes it is not helpful. It is a record of the arrest and one piece of evidence likely to be presented at trial.

Regardless of whether we can obtain a justifiable “not guilty” verdict or can mitigate the penalty a convicted defendant receives, we work to ensure that, above all, our clients receive a fair and vigorous defense of their rights.

If you have been arrested for DUI in South Carolina, contact one of our experienced criminal defense attorneys.