George Jebaily has Filed for Mayor 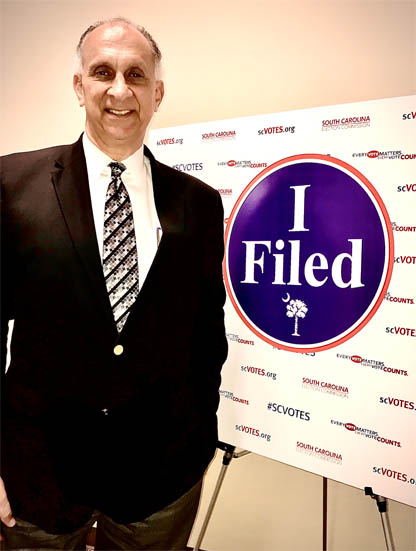 Today, March 16, 2020, we are excited to announce that our very own George Jebaily has filed for Mayor!

Born in Brooklyn, New York, George moved to Florence when he was 7 years old. After attending Southside Jr. High School and graduating from West Florence High School in 1974, where he served as Student Body President, George pursued higher education at the University of South Carolina, getting his Bachelor of Arts degree in 1978 and his law degree in 1982. He then practiced law in Columbia for two years before returning to Florence in 1984, joining with his oldest brother, Ronald, the Founding Partner at Jebaily Law Firm. 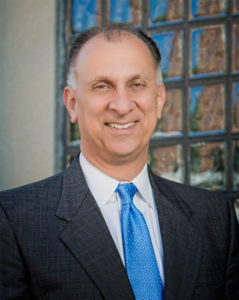 Since 2012, George has served as a featured speaker on behalf of EndDD.org, sponsored by the Casey Feldman Foundation, speaking to thousands of youth and adults on the dangers of distracted driving. It is George’s fervent hope and desire that, through this outreach, the driving habits of both youth and adults will be altered to make our highways safer for all South Carolina drivers.

In 2014, George was recognized by the American Association for Justice as a top 10 finalist for the prestigious national “Trial Lawyers Care” award for his work on behalf of Downtown Florence. Since 1995, George has been a leader in the efforts to redevelop Downtown Florence. He served as Chairman of the “Florence 2010” committee, which was responsible for the oversight of creating a community vision and Master Plan for Downtown Florence.

George also helped found the Florence Downtown Development Corporation (FDDC), where he served as Chairman of the FDDC Board of Directors from 2002 to 2009. George also served as Chairman of the FDDC’s Downtown Master Plan Update Committee, which oversaw the development of the revised Downtown Master Plan that was adopted by Florence City Council in 2011. He has also served as the Chairman of the South Carolina Pecan Festival Committee from its’ inception until the present, an event which annually brings over 50,000 people to Downtown Florence.

In addition to his work with Downtown Florence redevelopment, George has spent the greater part of his adult life serving on many different boards and commissions. He currently serves as a board member of the South Carolina Arts Alliance, a state-wide organization in support of the South Carolina Arts Commission. A past board member of the Greater Florence Chamber of Commerce, he also served as a two-term President of the Florence Little Theatre Board of Directors, and served on the Arts Alive Committee for over 15 years.

George has also worked extensively with the youth of our community, serving on the board of directors for the Irish Children’s Summer program, volunteering as a coach on various local sports teams, working with the Cub Scouts and the Boy Scouts, serving as a Middle School and High School Mock Trial Attorney-Coach, and serving on the School Board for St. Anthony Catholic School, and assisting with Life Teen Youth Group activities.

For more information about George Jebaily, please feel free to reach out to him directly with your questions. He can be reached at the firm during business hours at 843-667-0400.