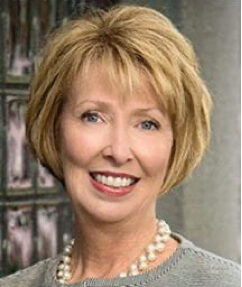 Everyone at Jebaily Law Firm is so nice and professional and make you feel very comfortable while you are there and Mrs. R.Bailey is excellent I am very satisfied with the outcome of my case and how it was handled. I would recommend this firm to all my family and friends.

Suzanne H. Jebaily, the wife of senior partner Ronald J. Jebaily, started working at Jebaily Law Firm in 2002 to fill in as temporary paralegal. Suzanne had no plans on becoming a lawyer at that time. But the work, which involved a significant amount of writing to support the firm’s Workers’ Compensation cases, appealed to her.

Suzanne decided to become a lawyer, enrolling at the University of South Carolina School of Law. She graduated in 2006 and returned to the firm in 2008 as a full-fledged attorney.

From the start, her practice has focused on Workers’ Compensation law.

Here’s how she describes the initial process: “When a client first comes in, I sit down with them, listen to their story, determine what the legal issues are, and explain how we can help them.”

“I really enjoy the client interaction. But I also enjoy writing, putting the pieces of the case together, and applying the law to the facts of the case,” Suzanne says.

Suzanne says a career highlight was her involvement in writing an amicus brief, where the Supreme Court of South Carolina in 2010, changed a policy of the state Workers’ Compensation Commission. The court ruled that the Commission has the authority to prorate an injured worker’s award over his or her lifetime in order to minimize an offset in social security disability benefits.

To Jebaily, assembling Workers’ Compensation cases with words is similar to painting a picture. That is an apt analogy — after receiving her undergraduate degree from Francis Marion University in 1974, Jebaily taught for a time and began raising a family. She then went back to Francis Marion, received a degree in art in 1996 and worked as curator at the University’s Fine Art Center.

Jebaily has been active in the Florence Little Theater, as well as a variety of other community organizations, including the McLeod Health Foundation.