Who Is at Fault for a U-Turn Accident?

Home Blog Who Is at Fault for a U-Turn Accident?
George Jebaily | Car Accidents | Uncategorized | December 22, 2021 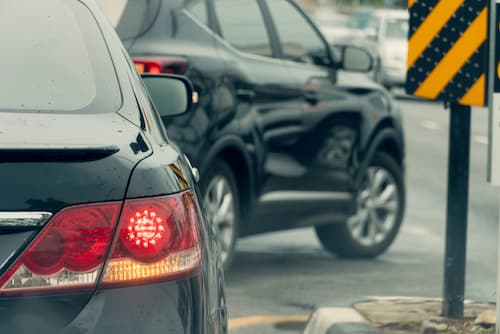 Sometimes drivers need to make a U-turn to get where they need to go. But U-turns can be dangerous, especially on roads with poor sightlines, heavy traffic, and higher speed limits. That’s why drivers always need to be on the lookout and make sure they aren’t performing a dangerous U-turn.

If you’ve been injured in a U-turn accident caused by someone else’s carelessness or recklessness, contact Jebaily Law Firm today about your case. We’re proud to serve injury victims and help them seek the compensation they deserve. For over 50 years, Jebaily Law Firm has fought for the rights of injury victims in Florence, Myrtle Beach, and eastern South Carolina. We’re here to listen to you and explain how we can help.

What Makes U-Turns So Dangerous?

U-turns are among the most dangerous types of turns because, during a U-turn, a driver turns into oncoming traffic and remains on the road. Oncoming drivers may not have enough time to react to a vehicle making a U-turn. Even if they do, the car making a U-turn may not accelerate quickly enough to go with the traffic flow. That could lead to a deadly rear-end accident.

South Carolina allows U-turns at many locations, but that doesn’t mean it’s always a good idea. Even a small mistake could lead to a major accident and severe injuries for everyone involved.

Leading causes for U-turn accidents include:

Drivers making U-turns may try to beat traffic, take a shortcut, or simply disregard the law on U-turns at the intersection. These dangerous maneuvers could lead to accidents such as:

Liability When a U-Turn Crash Happens

In many cases, the person making a U-turn will be liable for an accident that results. But in some cases, U-turn accident liability will fall on the driver who hits the U-turning vehicle. That’s because courts determine liability in each case based on the facts of the accident and each driver’s actions. The court may assess liability depending on what each driver did and whether it was reasonable and safe at the time. In some cases, both drivers could share a degree of fault for the crash.

What Does State Law Say About U-Turns?

South Carolina law allows U-turns, but they are subject to some limits. Under section 56-5-2140 of the South Carolina Code of Laws, people making U-turns must do so safely in a way that doesn’t interfere with traffic. They must also complete any U-turn in a location where they can be seen from at least 500 feet.

Contact Our Car Accident Attorneys About a U-Turn Accident

If you’ve been injured in a U-turn accident in South Carolina, contact Jebaily Law Firm now. Our experienced U-turn accident attorneys have over 100 years of combined experience standing up for accident victims throughout the region. We know what it takes to build a strong case for the compensation you’re due.

For your free consultation, get in touch with us now.