Truck Accidents: Most Dangerous Roads and Highways in S.C. 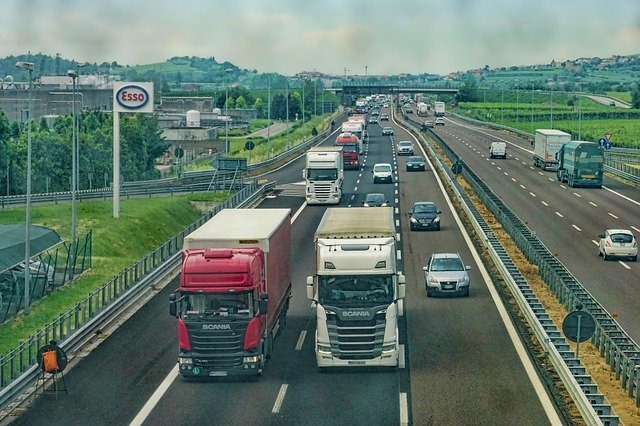 Driving near a large truck on the highway can be intimidating, and for good reason. More than 15.5 million trucks currently operate on roads in South Carolina across the United States, and more than 2 million of them are tractor-trailers.

When a heavy truck collides with a passenger vehicle, cyclist, or pedestrian, the results can be catastrophic, and too often prove to be fatal.

These large commercial vehicles can be found daily on the major roads and highways in South Carolina. While an accident could occur anywhere, statistics show that collisions occur more frequently on certain roads than others. Below, we’ll discuss the frequency at which 18-wheeler accidents occur and the most dangerous roads for truck accidents in South Carolina.

The Large Truck and Bus Crash Facts (LTBCF) from the Federal Motor Carrier Safety Administration (FMCSA) reported that there were 90 fatalities in 83 crashes involving large trucks in South Carolina in 2017. This was the lowest death toll since the 63 deaths in 2014, which was the lowest total for the period dating back to 2007, while 2015 has the highest total with 114 fatalities.

Most Dangerous Roads in SC for Truckers and Truck Accidents

The website for American Trucking Association compiled a top 10 list of the most dangerous roads in the nation based on truck drivers’ experiences and data compiled from the U.S. Department of Transportation (DOT) and other sources.

The list included Interstate 26 in South Carolina, which the website stated had 286 accidents causing 325 deaths between 2010 and 2016. Interstate 95 – the East Coast’s main north-south trucking artery – is also prone to truck crashes. Interstate 20, Interstate 77, and Interstate 85 are also major trucking routes.

When the fleet management technology company Zonar released its own list of the most dangerous roads for truck drivers in 2017, SC 35 was again on the list.

WIS-TV reported that while the South Carolina Department of Transportation (SCDOT) found that the majority of fatal and serious injury crashes occurred on U.S. and South Carolina highways, the agency was targeting some of the deadliest stretches of road as part of the second phase of its Rural Roads Safety Program that would include 446 miles of improvements in addition to 500 miles covered during the first phase.

The South Carolina truck accident attorneys at Jebaily Law Firm have a distinguished record of success that includes $1.65 million recovered for a family who lost a loved one in a truck accident. We understand just how devastating collisions involving commercial trucks can be. We’re ready to put our experience and resources to work for the victims of these crashes.

We have office locations in Florence and Myrtle Beach, and have been fighting for residents of and visitors to South Carolina for Over 50 Years. Take the first step toward getting the justice and fair compensation you’re owed by calling us or reaching out to us online to schedule a free consultation.