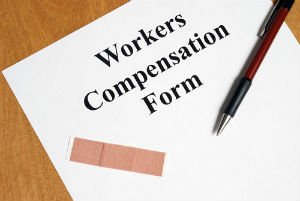 A proposal in the South Carolina legislature would make workers’ compensation insurance optional for most employers, effectively eliminating the financial protection provided for workers who are injured in job-related accidents.

The proposal was introduced in the South Carolina Senate on April 16 as S.B. 674, a bill to repeal South Carolina Workers’ Compensation Act as established in 1976, by enacting a new Title 64 to govern workers’ compensation in our state.

You have to read to Chapter 11, Article 1 (A) of the bill to find that it says: “Except for public employers and as otherwise provided by law, an employer may elect to obtain workers’ compensation insurance coverage” and “(B) An employer who elects to obtain coverage is subject to this title.”  The emphasis is ours.

The bill was moved to the Senate Judiciary Committee, where it is expected to remain for the rest of the current legislative session, legal writer Thomas A. Robinson, J.D, states.

However, this does not mean the idea is dead. It remains a threat to all South Carolina workers, except those who work for public employers and private employers that perform government construction projects.

Why Workers’ Compensation Is Important for South Carolina Workers

Workers’ compensation is a program administered by the state. In exchange for an agreement that employers must insure their employees against injury or illness suffered because of job duties, the employee agrees not to sue employers for the conditions that led to their injury or illness.

Workers’ compensation pays for medical expenses and a portion of lost income as the injured or ill employee recovers. Benefits are extended for permanent disabilities, and they are also paid to the immediate survivors of workers who die from a job-related injury or illness.

The bill, S.B. 674, would provide a financial savings for employers who would no longer pay workers’ compensation insurance premiums. But without workers’ compensation coverage, most South Carolina residents who cannot work because of a job-related injury or illness would face growing medical bills with no income or benefits coming into their household. It could be disastrous for them.

The bill is the work of an organization called the Association for Responsible Alternatives to Workers’ Compensation (ARAWC), according to news reports.

ARAWC, which was formed in Texas in 2013, has succeeded with similar legislation in Texas and Oklahoma. The group is backed by companies that include Wal-Mart, Lowe’s, Macy’s, Kohl’s, Safeway, Nordstrom, Sysco Food Services, Big Lots, Best Buy and J.B. Hunt Transport, reports indicate.

The group is pushing similar legislation in Tennessee and in West Virginia.

Robinson, in his legal blog, suggests that North Carolina and Georgia are also being targeted by ARAWC.

Mother Jones reported in March that ARAWC wants to change workers’ compensation laws in all 50 states.

“ARAWC’s mission is to pass laws allowing private employers to opt out of the traditional workers’ compensation plans that almost every state requires businesses to carry. Employers that opt out would still be compelled to purchase workers’ comp plans. But they would be allowed to write their own rules governing when, for how long and for which reasons an injured employee can access medical benefits and wages,” the magazine states.

Gary Moore, president of the Tennessee AFL-CIO Labor Council, told Mother Jones, “This piece of legislation is designed as a cost-saving measure for the employer. Anywhere they save a dollar, it costs the employees a dollar. It’s just a shift in costs.”

Employees who do not have private insurance would presumably turn to Medicare and Social Security, meaning the shift in costs is ultimately to the taxpayer.

These are funds that go to individuals and families in real financial need.

This is potentially far more costly for some employers, while others save by not paying insurance premiums. Unfortunately, it exposes workers and their families to dire circumstances if they are impacted by a work-related illness or injury.

We encourage you to learn more about this issue and to make your objections known to this suggested change in a law that has served for so long as a vital safety net for the workers in our state. If you need a workers’ compensation attorney, contact Jebaily Law Firm today.